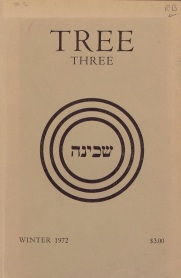 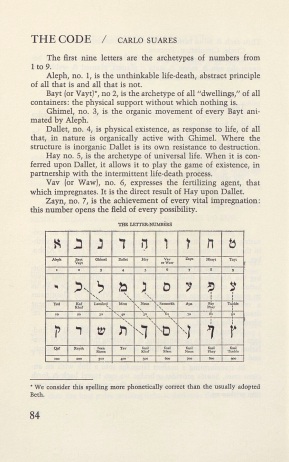 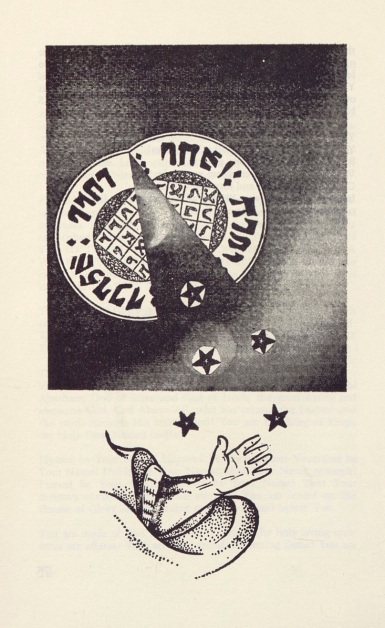 TREE was a biennial literary magazine ran six issues from 1970-1978 that was published in Santa Barbara, CA by Painted Cave Books and edited by David Melzer. I’m struck by the powerful cover designs, the pages of translated Kabbalist text and mystical poetry. There are reading lists in the back that include Mordecai Kaplan, Rabbi Isaac Luria, and Robert Graves and many others. I know very little about the role that  Kabbalah and Jewish mysticism played in the consciousness of literary movements at the time, yet Tree seems like an incredible point of contact. I have seen an interest in Jewish mysticism and traditional observance that was informed by counter cultural/hippie/youth movements interest in spirituality in general chronicled in the Vietnam era alternative press. I am curious if this is the lineage that leads to Tree magazine, or if it was informed more by the mix of Mythology Studies and Christian Existentialism exemplified by Owen Barfield and Robert Graves that was developing at the same time. Perhaps Tree comes out of a collision of both of these influences, or maybe it stands alone, as enigmatic and solitary as its cover design suggests.

A brief look shows that David Melzer z”l, poet and Kabbalist scholar comes out of the San Fransisco Renaissance and the Beat Generation. There is an article about Tree Magazine and the development of Jewish counter culture that shapes this forgotten history that was written by Christine Mielcke in Studies in American Jewish Literature (2003). I’ll get a JStor login from a friend and try and give this article a read in the next few days.