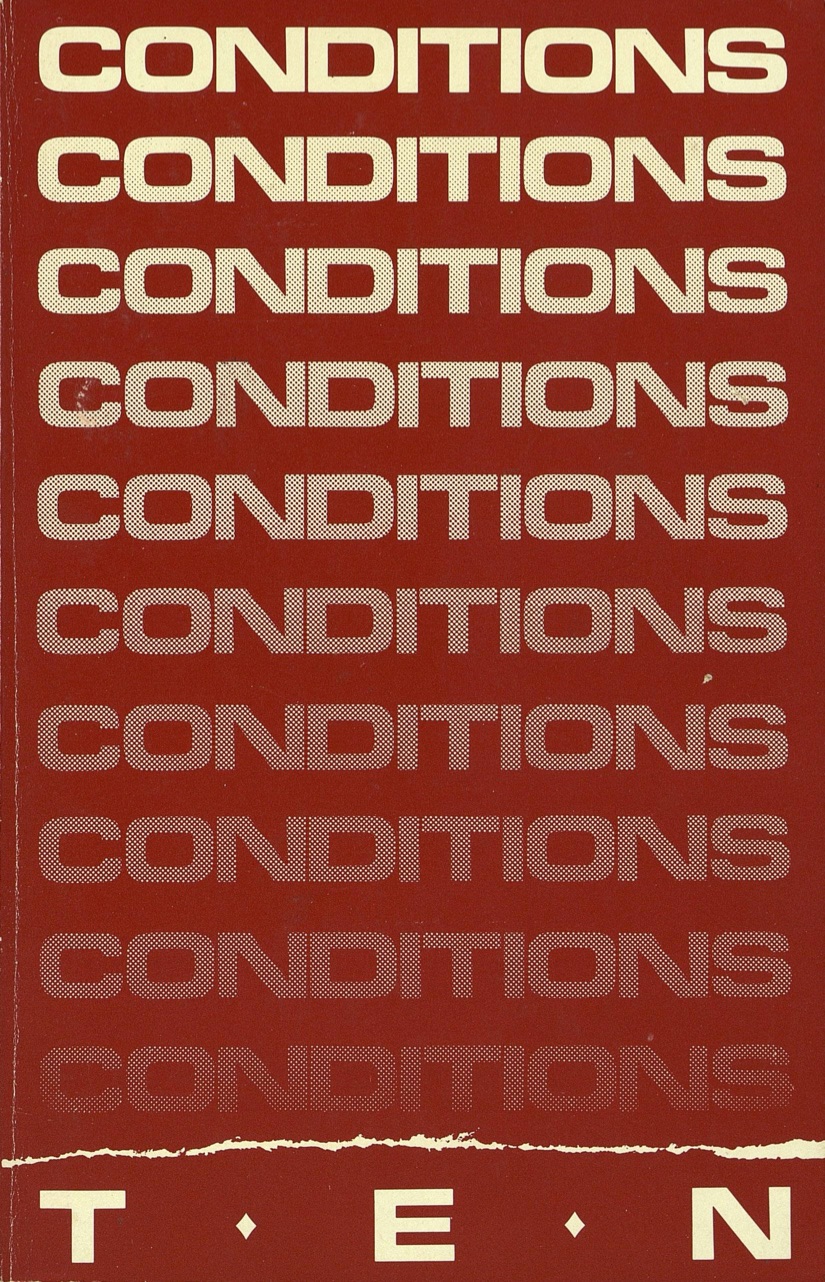 A scattered search on Independent Voices lead to many discoveries, namely Conditions magazine, the work of Elly Bulkin, Minnie Bruce Pratt and Yours In Struggle: Three Feminist Perspectives on Anti-Semitism And Racism. I found a conversation on antisemitism, racism, sexism and Lesbian-Feminism that built off of the Jewish Lesbian Anthology (1980) and the work of Chutzpah newspaper and organizing collective from the decade prior. I found an incorporation of the Combahee River Collective’s 1977 statement and definition of identity politics. Most compelling to me, was a critical history of intersectional feminist thought around antisemitism and Jewish identity at the root.

These ‘discoveries’ came at a time when dust-ups on Farrakhan, Women’s March Organizers, Jeremy Corbyn and Julia Salazar cluttered the news cycle in the Jewish press. Batya Ungar-Sargon of the Forward wrote that ‘Intersectionality Has Abandoned the Jews.’ Everywhere, it seemed, Jewish identity and group interests were articulated only to be against progressive ideologies and leftist theory. Jeremy Corbyn was an ‘antisemite antizionist’ , the Women’s March organizers were in bed with Farrakhan, and Julia Salazar was ‘pretending’ to be Jewish to defame the state of Israel. Jewish leftists responded by biting back at the ‘mainstream’ Jewish press.

This was also at a time when I had recently finished Asad Haider’s “Mistaken Identity: Race and Class in the Age of Trump.” Haider’s compelling book theorizes that contemporary identity politics serves to neutralize struggles against racist oppression. Haider explores the material history that lead us to this place, which he argues is the opposite of the “identity politics” defined by Combahee.

For Combahee (and for Elly Bulkin) ‘identity politics’ was a means of clarifying distinct forms of oppression for the purpose of coalition building. Today, Haider argues, this concept has been coopted, and serves to obscure the material historical reality of racism.  “Intersectionality,” he explains, has a come to be mean something equivalent to ‘abracadraba’ in activist and academic settings. Haider’s book was clarifying for me, as many other people in my circle. I recalled the kind of visibility/representational politics that fed into an essentialist framework that frustrated coalitions and even critical thought which was prevalent on my college campus.  Paradoxically, when ‘personal lived experience’ was the best mechanism of knowledge production, the material conditions which shaped ‘lived experience’ was mystified in the process.

Haider made me think about how a kind of trap was laid for Jewish leftists when Batya-Ungar Sargon denounces ‘intersectional politics.’ In an effort to disagree with Ungar Sargon, Jewish Leftists can end up reaffirming the kind of ‘abracadabra’ identity politics which damns us all to disunity and a metaphysical understanding of oppression. Several articles were written in retort to Ungar Sargon, and dozens (maybe hundreds?) of articles have been written on Corbyn and the antisemitism hysteria in the Labor Party.

It was painful and grounding to read Barbara Smith, a founding member of Combahee and Black Lesbian Feminist write about antisemitism and racism in Yours In Struggle.

“One major problem (which I hope this essay does not contribute to) is that far too often these battles have been fought on paper, in published and unpublished writing. Besides the indirectness of this kind of confrontation, I want to say how sick I am of paper wars, when we are living on a globe that is literally at war, where thousands of people are dying every day, and most of the rest of the world’s people still grapple for the barest human necessities of food, clothing, and shelter. In Home Girls I wrote the following to Black women about negative dynamics between Black and Jewish women in the movement:

….I question whom it serves when we permit internal hostility to tear the movement we have built apart. Who benefits most? Undoubtedly, those outside forces that will go to any length to see us fail.”

Bulkin builds off of this framework by clarifying the ‘either/or’ logic which produces a trap, and reinforces a cycle which Smith also speaks to and struggles against, in which Black women ‘owe’ Jewish women their commitment to fight antisemitism, because Jewish women have fought against racism. Complicating this cycle is a discourse of primary oppression (of sex-oppression and women hating) within the Women’s Movement which has been of little use to “Black and Third World Women and Lesbians,” as well as Jewish Women. Smith describes the short comings of separatism, cultural feminism, and a “narrow version of identity politics” which limits “both analysis and strategy, since, for example, antisemitism does not manifest itself solely as attacks upon individuals identities, nor does it only affect Jewish women.”

The logic of primary oppression limits the theory and strategy for social movements and weakens coalitions. Against this kind of thinking, is Alice Walker’s insight that opposition to any oppression “lightens the load off all of us.” And Cherríe Moraga’s assertion that “we are women without a line. We are women who contradict each other.”

The struggle then, is how to choose to fight both racism and antisemitism, and to dismantle the logics that one much choose one or the other, or subject all oppressions to a primary source. Yours In Struggle is an asset for radicals who are today locked in a cycle where speaking out about Jewish issues feels weighted against the oppression of Palestinians and Third World Peoples (a false dynamic that can become common in social movements, particularly when false accusations of antisemitism are weaponized against them).

Preserved in this book is a valuable moment. In the 1981 New England Women’s Studies Association workshop for Jewish women and women of color at “which the presence of working-class jews “was ignored with remarks that ‘all jews are rich’ and ‘there’s no such thing as a poor Jew.’ In response, “four Third World women, Cherríe Moraga, Julia Perez, Barbara Smith and Beverly Smith wrote in response to the confrontation at that conference:

“We are not trying to side-step the pevasive fact of color oppression in this country and are committed to confronting white racism, where practiced by Jews or non-Jews. However, we feel it is critical for women of color not to fall into the trap of countering racism on the part of Jews with anti-semitism.

The issue is not a simple one and as women of color who have struggled for nearly a decade in a white-dominated feminist movement, we understand and empathize with the tendency to react to racism with despair. We feel that this is not a time for viewing this one event as an impasse, but rather as a moment of harsh enlightenment–reckoning with the extent and depth to which we are separated from each other.

We don’t have to be the same to have a movement, but we do have to admit our fear and pain and be accountable for our ignorance. In the end, finally we must refuse to give up on each other.”

This fierce love, vulnerability and commitment must not be ignored. When contemporary critics argue, as has done before, that radical movements have left out Jews, we should look to the guidance of Yours In Struggle and the writing of Jewish and non-Jewish women alike, particularly the Lesbian Women and Women of Color who struggled to break the cycle of fear and the logics of separatism which destroy movements. The authors of Yours In Struggle believed their “cooperation on this book indicates concrete possibilities for coalition work,” and so do I. Thirty-four years later we have to realize what is possible and like the activist scholars before us, recognize difference, fear and struggle to not give up one another.